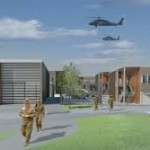 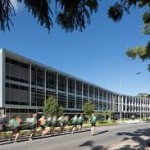 A recent $800 million upgrade of the Gallipoli Barracks in Enoggera has seen it become one of the largest army bases in Australia. With a rise in personnel from 3000 to 5400, the upgrade included new living and working spaces, new gym and pool and conference centre. Specialist training facilities including a mask test facility, battle simulation centre and 25m and 100m firing ranges completed the state of the art centre.

Selected seals were installed to assist with fire, smoke and acoustic requirements for the barracks.